Bourke Street and reporting on terrorism: perception vs reality 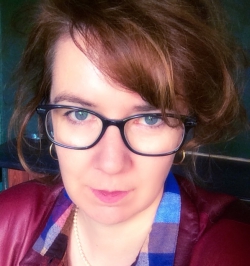 As news of the terrible events in Melbourne’s Bourke Street last Friday began spreading, the first assumption for many was that it was a terrorist attack. Police and the Victorian Premier were very quick to assure the public that this was not the case.

Two men, one woman, a baby, and a ten year old girl died, and more than thirty people were injured, but apparently it wasn’t terrorism.

For most people, the word “terrorism” implies violence that has a political motive.

But when we understand male violence against women and children as being an exercise in control, it moves beyond the personal and becomes a political act. It is a means of oppression and suppression, carried out by one section of society against another. Its force goes beyond murder, and includes the many hundreds of thousands of Australian women who have been raped, abused, stalked, threatened, harassed and assaulted during the twenty years that three people were killed by what the media calls terrorism.

Six people have been killed in Australia over the last twenty years in three separate incidents that were labelled as terrorist attacks by the Global Terrorism Database. Three of those people were the perpetrators of the attacks. This makes it impossible to know for sure what their motivations were, but at least two of them, Numan Haider and Farhad Khalil Mohammad Jabar, were found to have had some contact with terrorist groups in the lead up to their crimes. The motivations of Man Haron Monis, the perpetrator of the Lindt Café siege, are less clear. While he certainly displayed an Islamic flag during the siege, reports to an inquest into the siege indicate his actions may have been more personal than political. Nonetheless, he was dubbed a terrorist in much media reporting.

The one thing all three men had in common was that they were Muslims, which appears to be the key definition of terrorism in modern media presentation.

The most recent figures published by the Australian Institute of Criminology report that over 1,100 people were killed in domestic violence homicides between 2002 and 2012. Around 70% of them were women and children. 85% of the offenders were men.

So, over 360 times more people were killed in ten years by domestic violence than by terrorism in twenty years, and yet Islamic terrorism is what we fear.

An Essential Poll from October last year found: “Almost three quarters of Australians (72%) are concerned about the risk of a terrorism attack on Australian soil. 24% of those are ‘very’ concerned”.

This was echoed by research from ANU, which found over 70% of Australians “are either concerned or very concerned about the possible rise of Islamic extremism in Australia”, and more than half think the Government “could do more to prevent terrorist attacks”.

While we don’t know how many terrorist plots have been prevented by intensive police work (this report by news.com.au suggest it could be around fifteen), three civilian deaths in twenty years seems disproportionate to the level of fear terrorism inspires in Australia.

Another Essential Poll found that 57% of people in Australia are concerned about the number of Muslims in Australia, and a further 25% of people think Muslims should be excluded from our migrant intake.

This fear has an impact on government policy, and in turn, public safety. The Conversation reported that the 2016 budget allocated $100 million to domestic and family violence, compared to the $30 billion for national security.

Politically motivated rhetoric and media distortion of risk are the chicken and eggs of the public’s perception of danger. It’s impossible to know where it started, but we can clearly see the result of those combined forces in government policy and public support.

The media has a responsibility to accurately report the facts, and the facts are that our understanding of terrorism should not be centred on Muslim perpetrators who pose little threat to the vast majority of Australians. On the other hand, we do know that men’s violence against women, and each other, costs many thousands of lives.

While we do not necessarily want that fact to inspire fear, we believe it should be understood as a far more serious, immediate and ongoing danger than a manufactured fear of a group of people who are largely no threat to the public – a fear which is cultivated by some sections of the media.